The air in the Arctic, the landscape of West Java, the rainforest of the Amazon or the cotton fields of Guinea –– these are not just natural systems. These places are not only technology-enabled, but are also influenced by our technological or scientific gaze. The history of information and technology is inscribed in different landscapes and the practices of their exploitation or care. The film by the artist Hanna Husberg is part of her artistic research into air as a political imaginary and the materiality of clouds. Riar Rizaldi’s film looks at the mountains as a means of communication and geotechnology used by both Dutch colonists and locals; and Barbara Marcel reflects on a conventional look at the Amazon forests from a bird’s eye view. The films take a closer look at the relationship human subjects have with these techno-natural systems and reflect upon their power and resistance, while questioning what is technology in general and whether it can be separated from nature at all.

In the Vast Ocean of Air is set in a region that has been subject to the exploitation of natural resources since the early 1600’s –– the Arctic archipelago and former no-man’s land of Svalbard. Paying particular attention to the materiality of clouds and to the transmissions and transformations they perform, be they physical, biological, chemical, digital or otherwise, the film reflects upon some of the material exchanges taking place in the atmosphere.

Hanna Husberg (b.1981, Finland) is a Stockholm-based artist. She graduated from ENSBA, Paris in 2007, and is currently a PhD in Practice candidate at the Academy of Fine Arts Vienna. Through a practice of video and installation projects she investigates how humans imagine, perceive and relate to the environment in times of anthropogenic climate change. 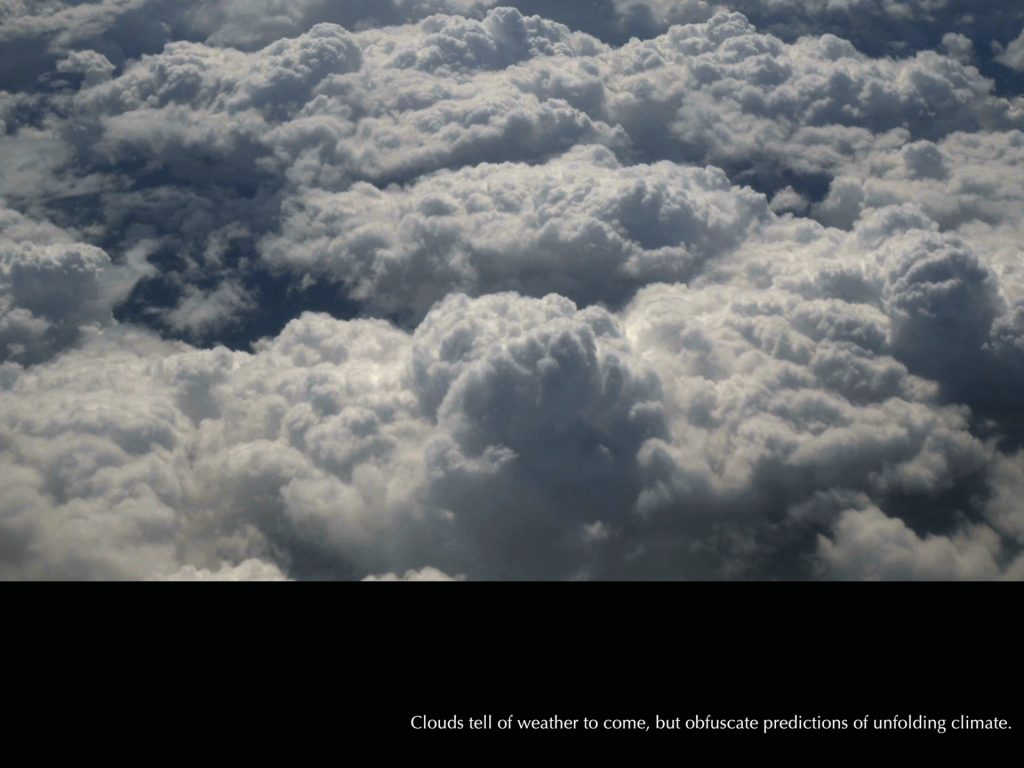 May 5th, 1923. The Dutch East Indies government celebrated the opening of a new radio station in West Java. It was called Radio Malabar. In March 2020, the local Indonesian government plans to reactivate the station as a historical site and tourist attraction. Tellurian Drama imagines what would have happened in between: the vital role of mountains in history; colonial ruins as an apparatus for geoengineering technology; and the invisible power of indigenous ancestry. With a narration based on the nearly forgotten text written by a prominent pseudo-anthropologist Drs. Munarwan, Tellurian Drama problematises the notion of decolonisation, geocentric technology and the historicity of communication.

Riar Rizaldi (b. 1971, Indonesia) works as an artist and amateur researcher in Hong Kong. His main focus is on the relationship between capital and technology, extractivism and theoretical fiction. Through his works, he questions the notion of image politics, materiality, media archaeology and the unanticipated consequences of technologies. 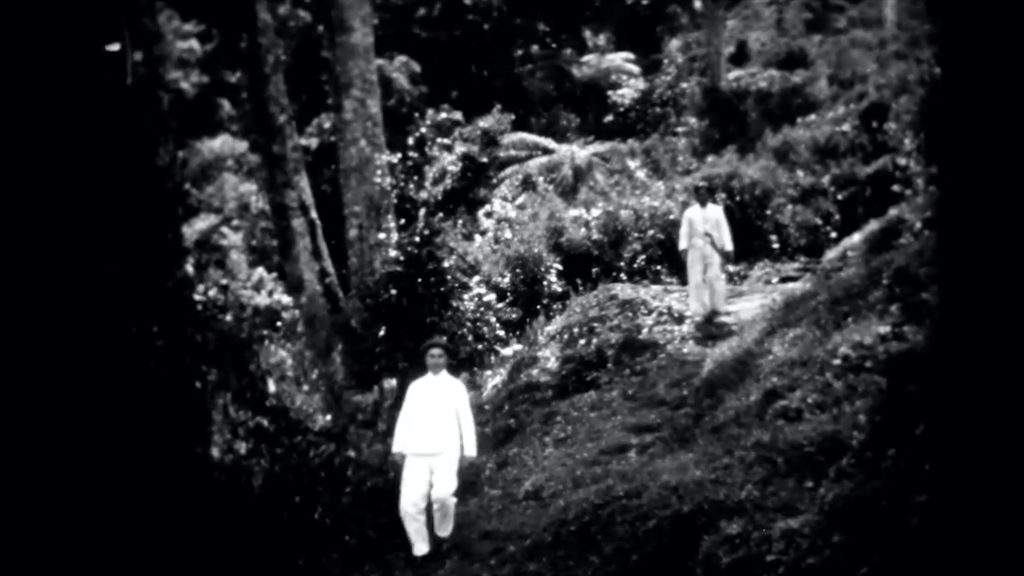 The Open Forest resulted from an artistic residency in the Adolpho Ducke Reserve of the National Research Institute of Amazonia (INPA), one of the most important places for the scientific research of the Brazilian Amazon. Marcel’s film traces a journey from the Sahara to the Amazon; from greenhouse effects to the origins of the expansion of Europe in the tropics of the ‘New World’; from the rubber trade to Brega pop music in the streets of the tax haven of Manaus. The video work is a composition of found and produced images of the Amazon region, which reflects on the history of the forest as a commodity as well as its exploitation by human technologies and its significance as a natural resource.

Barbara Marcel (1985, Brazil) is an artist and filmmaker interested in the cultural roots of nature and the troubled heritage of colonial imagery. Marcel is currently a PhD candidate at the Bauhaus-Universität Weimar. Her Ph.D. project investigates the essay film as a historiographical tool for decolonial ecological thinking with and through images, focusing on issues related to the history of botany between Germany and Latin America. Parallel to her individual research, she often collaborates with other artists, researchers and activists on projects resulting in visual and sound pieces, installations, lectures, publications and participatory workshops about ecological relations and processes of thinking and practicing in times of environmental crisis and increasing social inequalities. 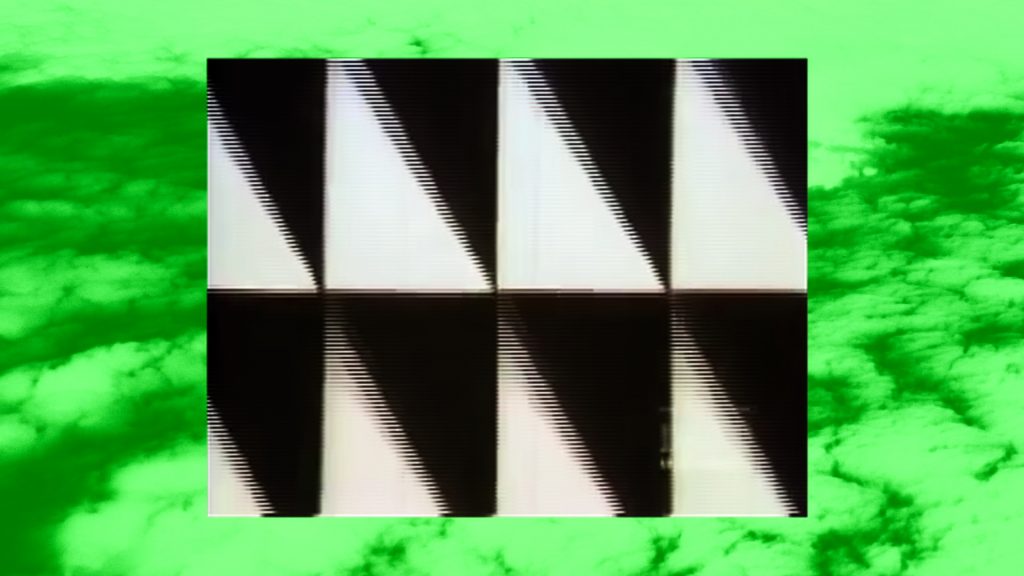 ‘In the beginning was the weave, and the transmission of its workings, a curse of mortality’ — so ends Quantum Creole with the fabulous words of the Papel weaver, Zé Interpretador. While the Punch-card technology, designed for the textile loom, was fundamental for the development of the computer, the binary code is closer to the ancient act of weaving than to that of writing. Quantum Creole is an experimental documentary film of collective research into creolization, addressing its historical, ontological and cultural forces. Referring to the minimum physical entity in any interaction — quantum — the film utilizes different imaging forms to read the subversive potential of weaving as Creole code. West African Creole people wove coded messages of social and political resistance into textiles, countering the colonists’ languages and technologies. As the new face of colonisation manifests itself as a digital image, upgrading terra nullius in the form of an ultra-liberal free trade zone in the Bissagos Islands, it also marks the continuation of the violence that erupted several centuries ago with the creation of slave-trading posts in the place then known as the Rivers of Guinea and Cape Verde.

Filipa César, born in 1975 in Porto, Portugal, is an artist and filmmaker interested in the fictional aspects of the documentary and the politics and poetics inherent to moving image. Since 2011, César has been looking into the imaginaries of Guinea-Bissau’s Liberation Movement and its cognitive potencies, developing that research into the ongoing collective project Luta ca caba inda (en. The struggle is not over yet). Her work is widely shown in solo and group exhibitions, biennials and festivals. Her joint work with Louis Henderson, Sunstone (2018) has been previously shown at the Kaunas International Film Festival. 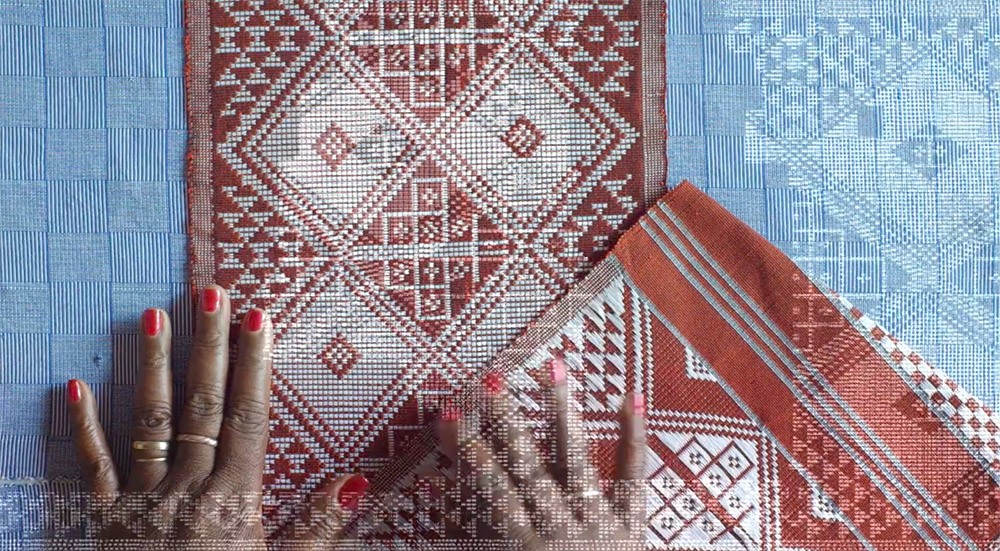