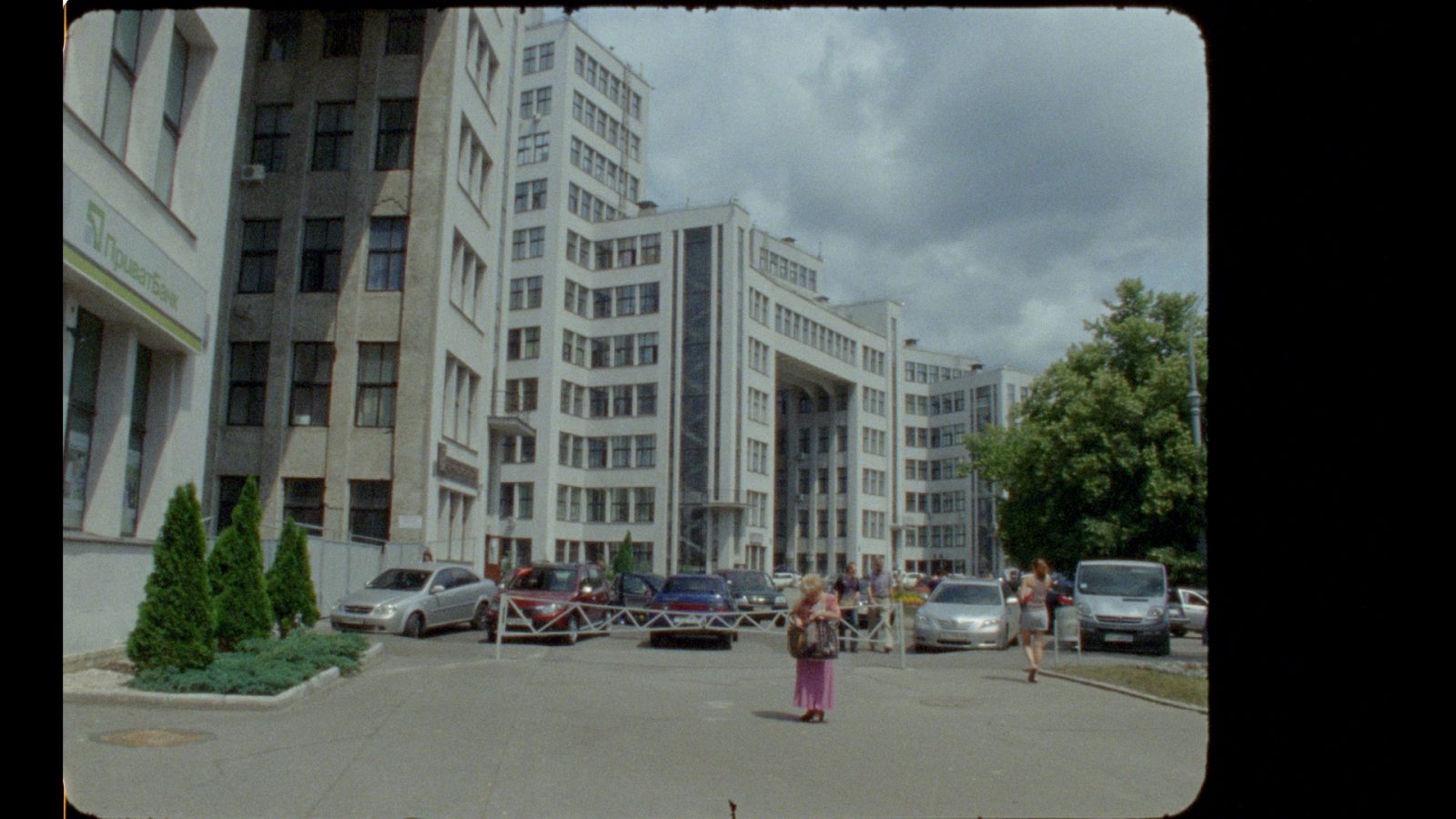 – Why are there so many people here?
– Why else, to fill the centuries.
(E. Limonov)

In Kharkiv in the eastern Ukraine stands Derzhprom, the House of State Industry. Built between 1925 and 1928 in the style of constructivism it intended to embody the idea of communism through its colossal architecture. Although it is one of the largest realized constructivist buildings and a poster child for the 1920s avant-garde movement, today Derzhprom is a time machine, an immovable object with its set system in an otherwise dynamic geopolitical context. The film Budinok moves between the classic, observational documentary and the experimental cinema. With very little dialogue, this is rather a poem of moving images, musing over the historical possibility of building a new society and its material remnants.

Tatjana Kononenko born in Kirovograd, Ukraine in 1980, currently lives and works between Berlin and Tbilisi. Till 2019 she was enrolled in the film directing program of German National Film Academy (DFFB) and a fellow of the Elsa Neumann Program of the Berlin Senate for particularly promising artists. Tatjana Kononenko has been working with video and photography in projects often dealing with issues of memory and history. Budinok is the director’s first full-length film.

Matilda Mester born in Copenhagen, Denmark in 1980. In 2008 she moved to Berlin to study at the German National Film Academy DFFB. Here she made her first feature film Limbo (director: Anna Sofie Hartmann) that premiered at the San Sebastian International Film Festival, was nominated for the Discovery Award at the European Film Awards. Matilda Mester’s work is characterized by an experimental and artistic approach while Budinok is her first co-directed film.