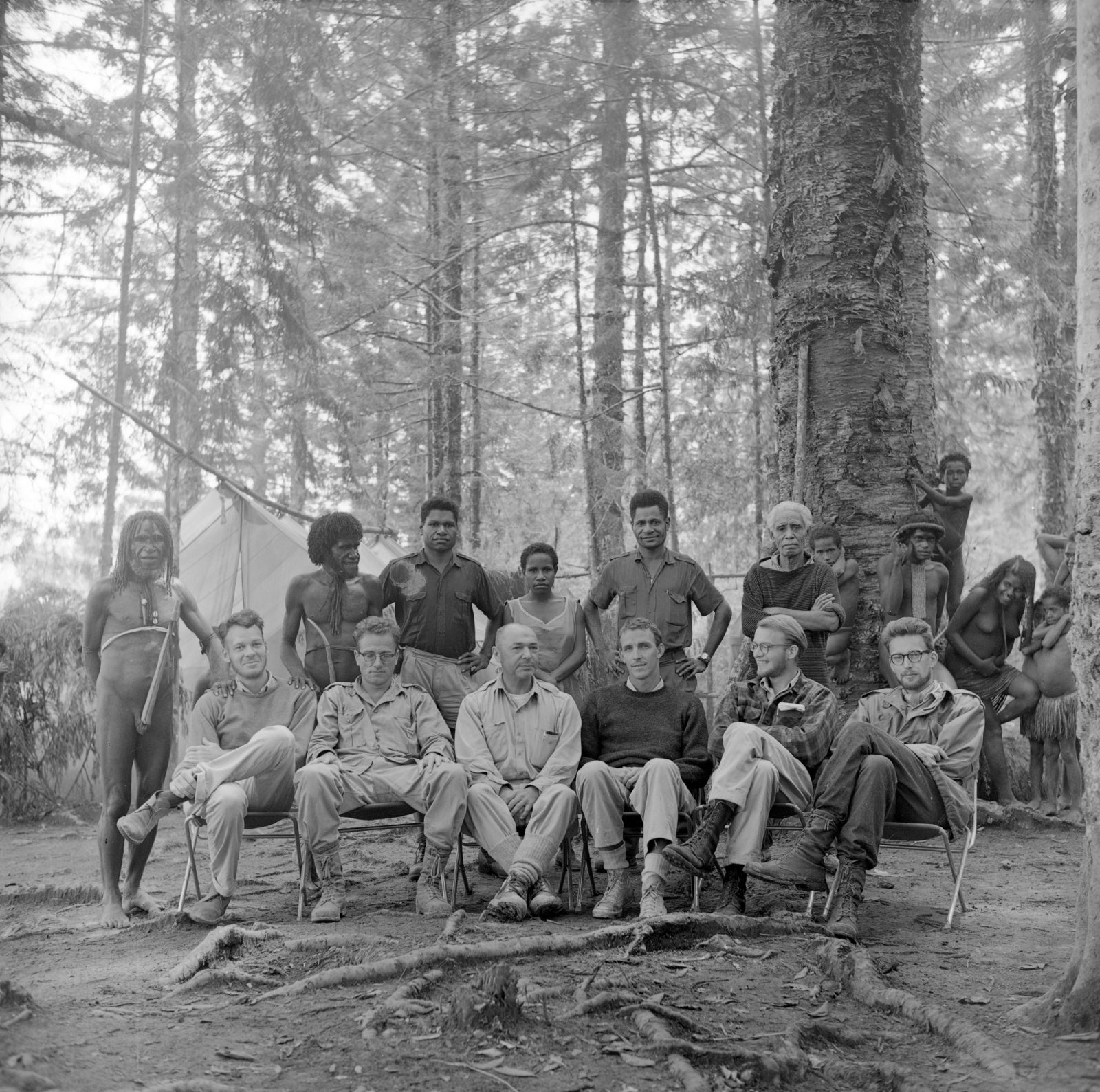 In 1961, filmmaker Robert Gardner organised the Harvard Peabody Expedition to Netherlands New Guinea (today West Papua). Funded by the Dutch colonial government and private donations, and consisting of several wealthy Americans wielding 16mm film cameras, still photographic cameras, reel-to-reel tape recorders and a microphone, the expedition settled for five months in the Baliem Valley among the Hubula people. It resulted in Gardner’s influential film Dead Birds, two photo books, Peter Matthiessen’s book Under the Mountain Wall, and two ethnographic monographs. Michael Rockefeller, of the Standard Oil Rockefellers, was tasked with taking pictures and recording sound in and around the Hubula world. Expedition Content is an augmented sound work composed from 37 hours of tape, which documents the strange encounter between the expedition and the Hubula people. The piece reflects on intertwined and complex historical moments in the development of approaches to multimodal anthropology, in the lives of the Hubula and of Michael and in the ongoing history of colonialism in West Papua.

Ernst Karel, born in 1970 in Palo Alto, USA, works with sound, including electroacoustic music, experimental nonfiction sound works for multichannel installation and performance, and post production sound for nonfiction film, with an emphasis on observational cinema. His work often focuses on the practice of location recording and composing with unprocessed location recordings. In the Sensory Ethnography Lab at Harvard, Karel has collaborated with filmmakers and taught courses in reality-based audio.

Veronika Kusumaryati, born in 1980 in Bantul, Indonesia, is a political and media anthropologist working in West Papua. Her scholarship engages with the theories and historiography of colonialism, decolonisation and postcoloniality. She has worked as a curator and produced documentaries that have been screened at various film festivals. She received her bachelor’s degree from the Jakarta Institute of Arts, majoring in Film and Media Studies. She is a member of the Sensory Ethnography Lab and currently a Harvard College Fellow in Anthropology.