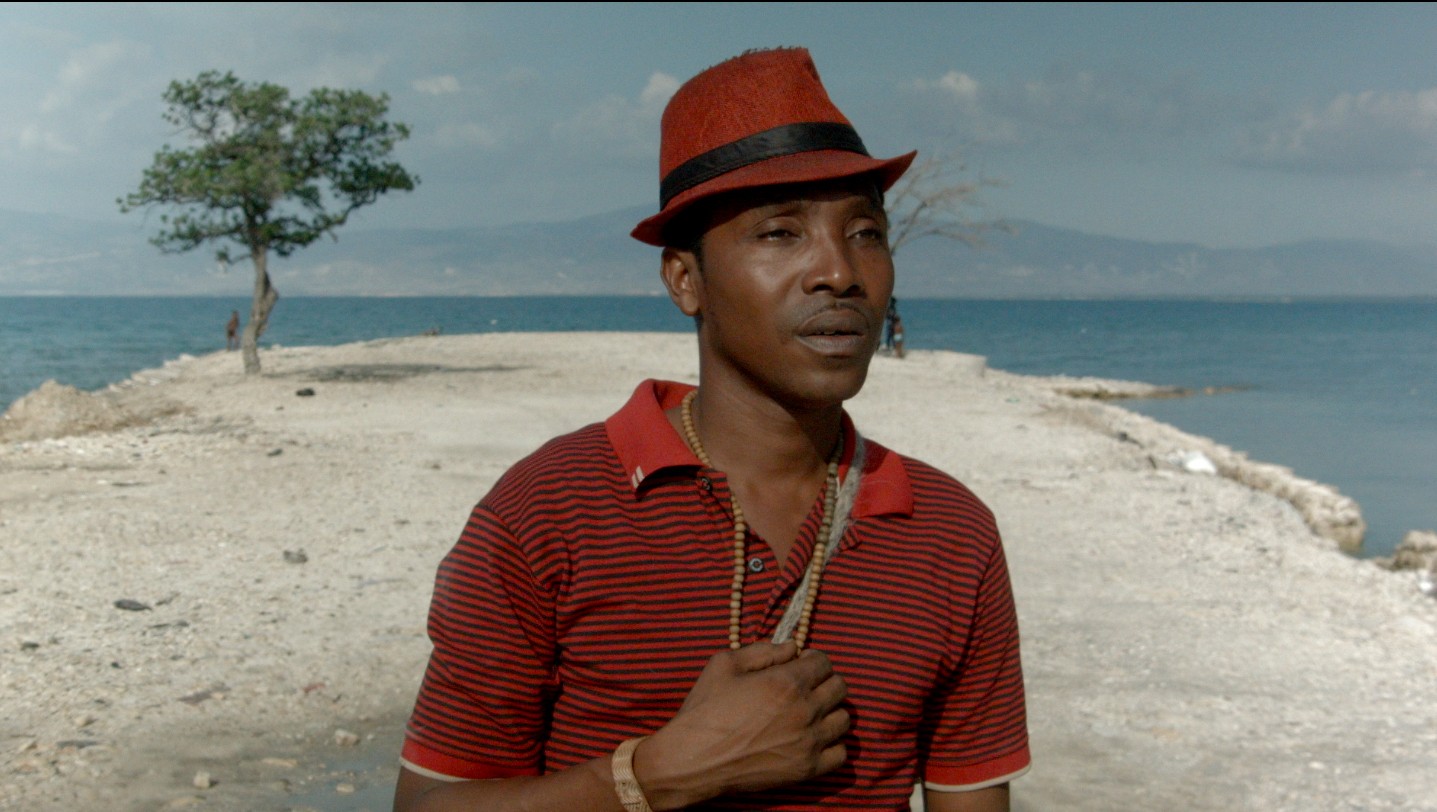 Moving from the frozen landscapes of the Jura mountains to the urban centres of Port-au-Prince, Ouvertures brings the Haitian revolutionary, Toussaint Louverture, back to life. In France, a Haitian researcher tries to read the past within the stratigraphic layers of Jurassic limestone, whilst in Haiti a group of young actors translate and rehearse scenes from Monsieur Toussaint, a play written by Édouard Glissant, that recounts the last days in the life of Louverture dying in exile in a prison cell in the Jura, 1803. Ghosts from the pantheon of Haitian history visit Louverture on his deathbed and put him to trial. As the play proceeds, the actors become possessed by their characters and eventually the ghost of Louverture joins the group and takes them on a voyage for a new kind of exile.

The Living and the Dead Ensemble are a group of artists, performers and poets from Haiti, France and the United Kingdom. They initially came together in Haiti in 2017 to produce the Haitian Creole translation and performance of the play Monsieur Toussaint by Édouard Glissant. Their work explores different possible methods of telling the history of Haiti, the first independent black republic in the Americas. Navigating from the utopia of a radical and anticolonial democracy up until the catastrophic situation the country faces today, the Ensemble produces texts, performances, films and installations that reveal the cultural richness of Haiti from within a social, political and ecological crisis. The Ensemble are: Mackenson Bijou, Rossi Jacques Casimir, Dieuvela Cherestal, James Desiris, Louis Henderson, Léonard Jean Baptiste, Cynthia Maignan, Sophonie Maignan, Olivier Marboeuf, Mimétik Nèg.