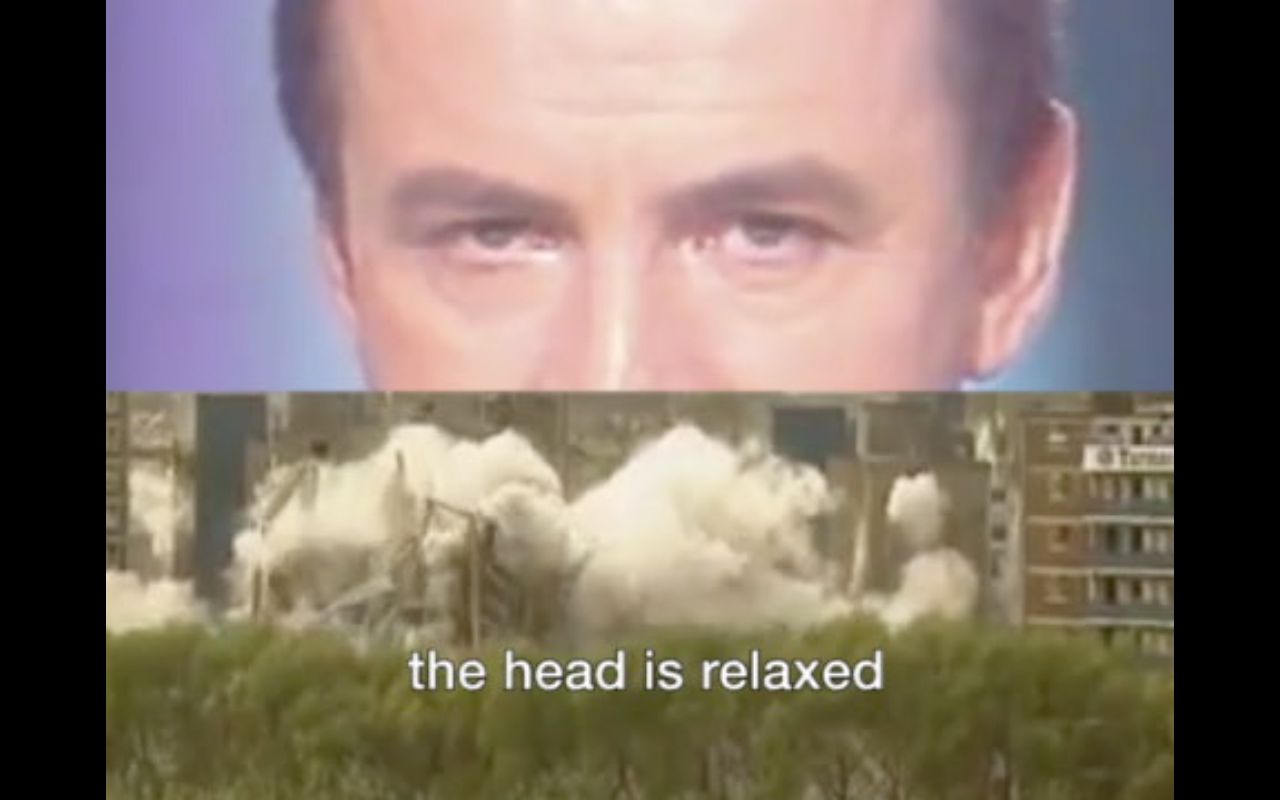 How do moving images work, create and participate in history? One of the main films shown in the exhibition, which also inspired the title of the entire Kaunas International Film Festival – Harun Farocki’s Videograms of a Revolution – indicates that moving images not only represent or reflect reality, but also actively create it. It is impossible to think about the moving image and its power to act without considering the role of the mass media. This role is assessed with irony and staged both by the classic work of media art – the documentation of the US media art collective Ant Farm performance Media Burn, and by Dovilė Aleksaitė’s Hypnosis Session, which reminds of a widespread cultural phenomenon in the Soviet Union – broadcasted hypnosis sessions.

How we consume images affects not only history-in-the-making, but also the vision of the past and its reproducible worlds. Max Grau analyzes his own narratives, evoked by the scenes of the popular Hollywood film Grease. His work Craving for Narrative is about the “second-order nostalgia”, the nostalgia for nostalgia of certain images. Persijn Broersen and Margit Lukács deconstruct the image of an idyllic landscape occurring throughout the history of cinema. The work by Allison Henriquez poetically conveys a nightly vision in nature. Meanwhile, the work of Forensic Architecture in Triple-Chaser presents its study and video as a tool for retrieving and tracing stories from a variety of perspectives.